Discovery of Protons and Neutrons: Their Characteristics and Importance 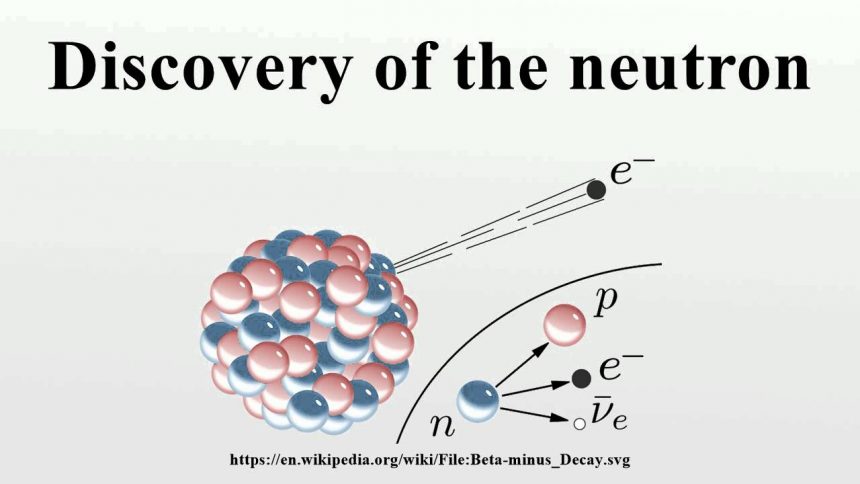 Protons are subatomic particles that make up the nucleus, or center section of an atom, along with neutrons. The rest of the atom is made up of electrons orbiting the nucleus in the same way as the Earth orbits the sun. Outside of an atom, protons can reside in the atmosphere or space.

In this article, we will learn about Protons and Neutrons Discovery, their characteristics, and their importance.

In 1815, English scientist William Prout postulated that all atoms are hydrogen (which he referred to as protyles). And in 1886, German scientist Eugen Goldstein discovered canal rays (positively charged ions created by gases). Protons are ionized gases, with hydrogen having the smallest ion.

Who Was the First to Discover Protons?

Ernest Rutherford is credited with discovering the proton in 1917 when he demonstrated that the nucleus of the hydrogen atom (i.e., a proton) is present in the nuclei of all other atoms.

Rutherford is also credited with discovering the atomic nucleus based on the results of the gold-foil experiment.

What led to the discovery of the proton?

When Ernest Rutherford shot an alpha particle beam into the air, his detectors caught hydrogen nuclei.

Further research revealed that protons produced these hydrogen nuclei from nitrogen atoms in the atmosphere.

The hydrogen nuclei originating from the Nitrogen showed that the nucleus was present in all types of atoms.

It was the first experiment to report a nuclear reaction, which he calculated as 14N 17O p. [In which is an alpha particle with two protons and two neutrons, and ‘p’ is a proton]

The hydrogen nucleus was eventually dubbed “proton” and identified as one of the atomic nucleus’ building blocks.

Protons are positively charged and heavier than electrons. Proton therapy generally employs 250 MeV kinetic energies (61.4% of the speed of light). Protons emit -rays, nuclear fragments, and other secondary particles when interacting with electrons or nuclei.

Here are some fundamental information about proton and their characteristics:

The discovery of neutrons dates back to 1930 when German nuclear physicists Herbert Becker and Walther Bothe noticed that it produced the alpha particles generated by polonium collided with comparatively light materials like Lithium, Beryllium, and Boron, a penetrating kind of radiation. Because electric fields did not affect this penetrating radiation, it was considered to be gamma radiation.

Who Was the First to Discover Neutrons?

In the year 1932, British physicist Sir James Chadwick discovered neutrons. For his discovery, he received the Nobel Prize in Physics in 1935.

How did Neutrons come to be discovered?

James Chadwick used a Polonium source to shoot alpha radiation at a Beryllium sheet. As a result, uncharged, penetrating radiation was produced. This radiation was incident on paraffin wax, a hydrocarbon that contains a lot of hydrogen. The protons expelled from the paraffin wax (when impacted by the uncharged radiation) were seen using an ionisation chamber.

Chadwick researched the interaction between the uncharged radiation and the atoms of numerous gases and measured the range of the freed protons.

He concluded that the unusually penetrating radiation was made up of uncharged particles with the mass of a proton.

Because neutrons have a spin or magnetic moment, they are sensitive to magnetic sources in condensed matter and can produce images of the magnetic structure. In addition, neutrons can penetrate matter deeply, interact with nuclei, and even identify light elements such as hydrogen, unlike X-rays.

Neutrons are critical for the existence of the material universe. They can reveal the location and function of atoms. By bouncing neutrons off materials, scientists can see the atoms’ locations and movements, enabling them to make discoveries that might have far-reaching consequences for the way we live.

Well. In this post, I hope you gained a thorough understanding of the principles that we discussed above. So, let’s take a look at what we’ve learned so far today from this post and summarise it. In the preceding post, we came across the following themes.

Workouts to stay Healthier For You and The Planet

Some signs of Doctors that are good for Children