Exploring Future Blockchain Networks That Will Shape The Industry 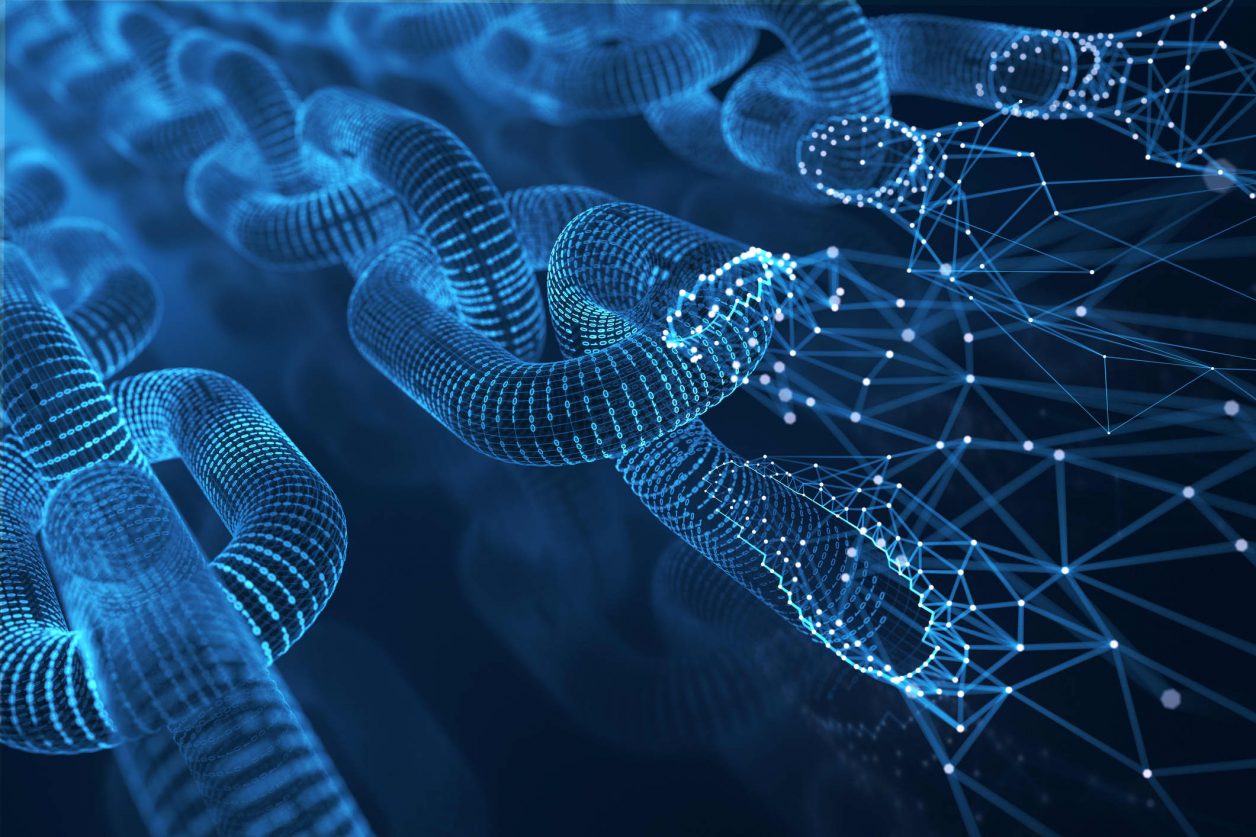 It makes sense for a tech-savvy person to know which blockchains are worth exploring in 2023 given how common blockchain networks are today.

Blockchain networks gained popularity after the launch of Bitcoin, but today a lot of companies are focusing on quicker, more energy-efficient blockchain solutions. The speed and energy usage issues that Bitcoin experienced are steadily being resolved by a reliable blockchain development company. This growth will further increase once Web 3.0 technologies become available.

According to surveys, between 2020 and 2025, the market for blockchains is predicted to increase from USD 3 billion to USD 39.7 billion. This is as more businesses begin to experiment with blockchain technologies.

This post will discuss the various types of blockchain development services networks before presenting 10+ blockchain networks that 2023 Web 3.0 enthusiasts should consider.

A blockchain is a network that enables secure peer-to-peer transactions without the need for a centralised authority. Blockchains improve security, reduce manufacturing costs, maintain unchangeable records, speed up transactions, and make it simpler for users to trust one another. Based on the type of decentralization and the individuals in charge of the network, blockchain networks can be classified into one of four categories:

Public blockchains, as their name suggests, are accessible to everyone. Anyone with a computer and a secure internet connection can join; there are no ownership restrictions. A blockchain network’s nodes each have a copy of every transaction that takes place on the network.

But because there are fewer nodes, they have a few security risks, are a little more centralised, and a problem with a few of them can put the entire network at risk. Private blockchain networks include platforms like Corda and Hyperledger.

As its name implies, the hybrid blockchain combines the greatest features of both private and public blockchains. It has nodes that are only used to verify transactions, and it can only be used by a lesser number of nodes than a public blockchain.

These blockchain networks’ architecture is quite flexible, and they have control over who may join and which transactions can be made public. However, it still has issues with clarity, functionality, and providing members with a purpose to join. Ripple and XRP tokens are examples of hybrid blockchains.

A novel application of blockchains is consortium blockchains, often known as federated blockchains. They operate on the idea of a hybrid blockchain, which allows for both public and private areas.

Because so many diverse organizations manage the blockchain and so few nodes are needed to verify transactions, the process moves along quickly. It becomes less centralised when multiple organizations serve as authorities, and you also have more privacy and flexibility. Additionally, it discusses issues like openness, diversity in perspectives on one’s own interests, and vulnerability. Tendermint and Multichain, two examples of blockchain, employ this concept.

Here is a list of the top 10 blockchain networks to consider in 2023 so that you are aware of how the various blockchains operate. This will keep you informed about the newest blockchain technologies that are certain to revolutionize the tech industry in the upcoming years.

The Top Blockchain Networks are as follows:

Ethereum was the first public blockchain network that was decentralised and employed smart contracts for transactions, even though it only launched in 2013. In 2022, viewers will still like this network. One of Ethereum’s virtual coins, ether (ETH), has the second-highest market cap of all cryptocurrencies.

As the foundation network for other cryptocurrency projects like Basic Attention Token (BAT) and USD Coin, Ethereum also has a large list of other token specifications (USDC). Additionally, Ethereum activated its proof-of-stake mechanism in 2022 because it is more secure, requires less energy, and facilitates the implementation of new scaling solutions than the prior proof-of-work design.

The Solana network, which employs the Solana SOL coin, has recently become one of the dominant forces in the cryptocurrency industry. It is among the top ten cryptocurrencies globally. There are around 346 million SOL in circulation, and Solana has a market cap of $12.04 billion.

A decentralised, open-source cryptocurrency network called Solana resembles Ethereum in appearance but seeks to perform better. The proof-of-history consensus algorithm used by the Solana blockchain makes it possible to timestamp transactions involving the SOL token and other digital assets like NFTs. The three pillars of this blockchain network are connectivity between projects, low costs (the network is built to keep costs low for applications with billions of users), and scalability (the network can grow at the rate of Moore’s Law).

Cosmos, which operates on the ATOM cryptocurrency, aims to enable communication amongst all blockchains and address the three primary issues with them: sustainability, scalability, and sovereignty. To ensure that blockchains may communicate with one another securely, it uses the Tendermint consensus algorithm and the Inter-Blockchain Communication (IBC) protocol. In other terms, Cosmos is a network of interconnected blockchains.

It is now simpler for smaller teams to build on Cosmos, which is one of the reasons it is so well-liked. With 292 million ATOM now in use, Cormos has a market cap of $4.09 billion. (In line with coinbase.com)

A public blockchain network called Stellar was established in 2014. You may create, send, and trade digital versions of dollars, pesos, bitcoins, and a vast array of other currencies through this network for financial transactions.

It is proving to be the greatest option for financial organizations looking to increase the security and clarity of their services and transactions. And it can speed up the creation of tokens, digital assets, and financial applications.

Stellar supports smart contracts and multiple signatures, can process millions of transactions every day, and has a set yearly inflation rate of 1%. It also has a short confirmation time of 3–5 seconds. It allows you to effortlessly trade tokens amongst peers and create your own assets by converting money into other forms.

Another older network on the list is Tezos. Despite being constructed since 2014, it will still be valuable in 2022. It is a public, open-source blockchain network that supports decentralised applications, smart contracts, and novel financial instruments like non-fungible tokens (NFTs).

Recent modifications to the underlying architecture have increased the Tezos network’s performance and enabled larger smart contracts. Additionally, there are more recent Tezos tools that streamline and accelerate the integration of NFTs into corporate supply chains. Its Delegated Proof of Stake (XDPoS) consensus process, self-amendment protocol, and on-chain governance set it apart from other blockchain networks. To ensure that digital assets are secure and have the right code, it is utilized for dApps. Interesting applications of Tezos include marketplaces and racing organizations.

A public blockchain network called EOS was launched in June 2018 with the intention of making it simple to create dApps that are secure and scalable. By utilizing Delegated Proof of Stake (XDPoS) and multithreading, EOS eliminates fees for users.

dApps can be governed and hosted using EOs, and it can also create smart contracts. By offering decentralised storage for business solutions, it addresses the scalability problems caused by Bitcoin and Ethereum. In addition, it supports multiprocessing, upgradeability, flexibility, and permission schema, making it one of the new blockchains to take into account in 2022.

Elrond is a brand-new blockchain that launched in July 2020 and has garnered significant attention since then. This open-source blockchain may be utilized by businesses at a reduced cost and with a higher throughput because it was designed with scalability, security, and the decentralization of dApps in mind.

Sharding is a technique used by Elrond to ensure that transactions happen very swiftly. It has been marketed as a technology that can be extensively used in the Web 3.0, or the new internet, for use cases involving decentralised finance, the Internet of Things (IoT), and fintech. Its network is reported to be capable of processing 15,000 transactions per second, each of which takes six seconds and costs 0.001 USD.

After Elrond has received a lot of use and acclaim in the few years since its release, it is likely to continue to improve through 2022 and even after.

Another more recent public blockchain network, Klaytn, launched in June 2019 and is mostly used by companies. Its modular network architecture makes it simpler for businesses to create blockchains that are services-focused. These service chains, which are sub-networks, employ the Klaytn architecture.

In the real world, Klaytn will be utilized for things like games, domain name management, music management, and real estate management. Making blockchain applications is less expensive as a result, which makes it simpler for users to access them. Because it can process 4000 transactions per second, create and confirm blocks in one second, and costs one-tenth as much as Ethereum, it is another blockchain to keep an eye on.

The XDC network is a hybrid blockchain that is mostly utilized in the financial and global trade sectors. It controls trade transactions in real time using cross-chain smart contracts for transactions and digitization and tokenization for tokenization.

XDC launched in 2018 with a $15 million initial coin offering (ICO), which went live in June 2019. It promises to make use of the world’s quickest and most energy-effective consensus protocol. It employs Stakeholder Approval Voting (SAV) and Delegated Proof of Stake (XDPoS) to address consensus issues fairly. XDC has established itself as a distinctive digital asset by powering the XDC Blockchain Network and well-known wallets including Garuda, BitFi, Ellipal, Lumi, and Trezor.

Another brand-new private blockchain, Hyperledger Sawtooth, separates its application domain from its core system using a flexible and modular architecture. It was released in January 2018 and enables smart contracts to operate in accordance with business rules without a need to understand how the underlying system functions.

In order to be fair, this blockchain development consulting network permits pluggable consensus mechanisms like Proof of Elapsed Time (PoET). By supporting consensus algorithms like PoET, it does this. For businesses looking for intelligent, scalable solutions, Hyperledger Sawtooth’s parallel transaction processing and ability to integrate with Ethereum contracts are also fantastic features.

A consortium blockchain called Hyperledger Fabric has a modular architecture that makes it simple to plug and play solutions or apps. Because it allows for the creation of a network of networks, or a fabric of networks, it is very helpful in the corporate world.

To maintain privacy, members of the fabric network cooperate with one another while maintaining separate links with their respective networks. By creating a channel on the Hyperledger Fabric network, a salesperson, for instance, can communicate with various customers while still maintaining separate networks with each of them to offer the same product. This makes the blockchain secure and scalable and prevents it from becoming open and permissionless. Private deals and contracts can now be kept secret thanks to this.

Since its release in 2015, Hyperledger Fabric has been gaining popularity swiftly because of its distinctive features. It is incredibly modular. Digital payments, digital identities, food supply networks, and tracking priceless things all make increasing use of it.

Blockchain networks are a rapidly evolving and always being created universe. New rivals enter the cryptocurrency market every day. There is no denying that business blockchain consulting is improving and that users desire blockchain networks to become even more robust.

While we can be assured that this list will continue to evolve over the ensuing years, we hope that the list of blockchain networks stated above will assist you in staying current and in step with newer blockchains.