Nio Shares Drop – But What’s Behind This Decline? 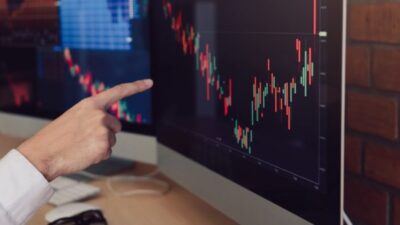 There’s no doubt that the electric car and battery market has enjoyed sustained growth in recent times, with US brand Tesla leading this lucrative and increasingly global market.

Another key and disruptive player within this space is the Chinese brand Nio Inc., which hit the headlines recently after the company saw its share prices nose-dive following the announcement of plans to sell up to $2 billion in fresh US shares.

But who exactly is Nio Inc., and what does the recent share price decline mean for the company in the near or medium-term?

Global sales of electric cars accelerated at an exponential rate through 2020, by a whopping 43% to more than three million. This was despite overall car sales slumping during the coronavirus pandemic, with Tesla and Volkswagen leading the market in terms of units shifted.

However, Nio Inc. remains one of the fastest-growing companies in this space, while the brand’s unique and cutting-edge technology continues to make waves through the burgeoning EV industry.

The firm was founded in 2014 under the brand name ‘NextEV’, with its first vehicle (a quad-motor supercar called the EP9) featuring four motors that produced a total of 1,341hp. This isn’t far off what you get in a 1,500hp Bugatti Chiron, while it enabled the car to do 0-60mph in just 2.7 seconds.

While the car’s speed and £2 million price tag may be eye-catching, however, it’s the technology that underpins it that’s really impressive.

More specifically, Nio utilised battery-swapping technology that enables users to switch between units and boost their vehicles to 100% charred in under 10 minutes. This process can be carried out at dedicated Nio garages, while it’s also completely free for first-time owners (second-hand buyers are only required to pay for the energy that they use).

In contrast, typical electric cars such as Tesla feature batteries that are fixed units with the vehicle, and it can take between 30 and 45 minutes on average to boost a battery from empty to 80% capacity.

Traders may have observed a marginal price decline through trading platforms on Oanda, after the company filed a prospectus with the Securities and Exchange Commission to sell up to $2 billion in American depositary shares.

This would see available shares priced at the going market rate, with the news prompting a brief sell-off and causing prices to decline accordingly (they closed on Tuesday at a slightly under par $40.59).

Overall, Nio could look to sell as many as 50 million shares depending on pricing, with the proceeds set to be used for general corporate purposes and to strengthen its burdened balanced sheet.

In total, Nio shares fell by more than 3% in the hours following the announcement, while they remained similarly stricken premarket the following day.  They’ve since slumped further to $35.70, although there are now signs that upward momentum is returning to the stock as the speculation begins to settle down.

This suggests that the recent share price dip is little more than a temporary market event and that the stock will soon resume its incremental growth path.

How To Build A Parx March Madness Bracket Gambling